To Bleed Or Not To Bleed

It’s no wonder that you’re confused and your health suffers accordingly. You keep getting conflicting advice from health professionals. Being one of them, a health care provider, it’s a little embarrassing. Coffee bad … coffee good. Milk bad … dairy great. Eggs bad … eggs redeemed like the Christ child. Your government and professional guidelines recommended that you get 60% of your calories from carbohydrates. My people believe that insulin controls the burning of fat in you body and we tell you to limit dramatically your carbs to keep your insulin low. Who do you believe? How do you decide?

Sometimes the advice or guidelines change based on improvements in science and, of course, that is appropriate. But, too often the guidelines are either not based on the highest levels of science or the industries involved had some less-than-appropriate involvement in guiding the guidelines. There is plenty of literature on this. So I try to rely on the evidence, the science and not the guidelines. A case in point is the aspirin controversy.

On one hand we have the United States Preventive Services Task Force that currently recommends that adults 50 to 59 years of age start taking a daily low-dose aspirin if they have a 10% or greater 10-year cardiovascular risk, do not have bleeding risks and are willing to do so for 10 years. In patients older than 59 the risks outweigh the benefits and there’s insufficient evidence to assess the benefits of people younger than 50. This recommendation, which was issued in 2016, was based on 11 randomized control trials between 1988 and 2014. 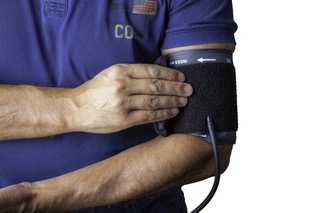 On the other hand, we have the U.S. Food and Drug Administration in 2014 that cited that there is insufficient evidence for using low-dose aspirin therapy for primary prevention of heart attack or stroke and three recent studies support this position. In the “aspirin to reduce the risk of initial vascular events” or the ARRIVE trial, 12,000 European and U.S. adults 55 years of age or older without diabetes were given a hundred milligrams of aspirin daily for 5 years. They were at moderate risk of cardiovascular disease … meaning heart attack or stroke. No difference occurred between composite outcomes of cardiovascular death, myocardial infarction, unstable angina, stroke, or TIA. However, 1% of the aspirin group had bleeding versus only 0.5% of the placebo group.

Another trial, the Study of Cardiovascular Events and Diabetes Trial, enrolled 15,000 adults 40 years of age or older in the United Kingdom. After a follow-up of 7.4 years the aspirin group had a lower percentage of people having a serious vascular event than the placebo group but this benefit was offset by an increased risk of major bleeding. The numbers needed to treat would be 91 and 112 respectively from which they concluded that aspirin had no net benefit.

Finally, the Aspirin And Reducing Events In The Elderly Trial, examined the effects of 5 years of daily low-dose aspirin on community-dwelling adults 70 years or older in the U.S. and Australia. There were no differences in the primary endpoint of disability free survival, dementia, cardiovascular deaths, or hospitalization. However, the aspirin group had a higher rate of major hemorrhage and higher all-cause mortality. 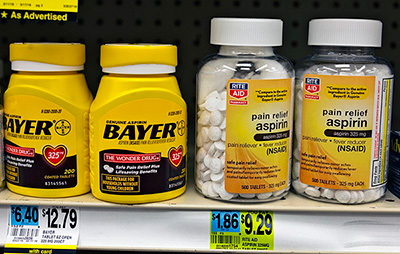 So there are three recent good sized trials that question the use of aspirin in primary prevention. If you have already had a heart attack or stroke that’s a different story … stay on your aspirin. But the rest of you —schooled to take your aspirin and your multivitamin every day like trained seals, believing, somehow, that this would protect you despite your many and manifold dietary indiscretions— may want to think twice about the daily aspirin ritual. Your doctor should be having this conversation with you on a regular basis. -What are your risks and how can you best modify them? Lifestyle changes have always trumped medications but how much time does your doctor spend talking about this and making a plan to improve your health. For that matter, has your doctor assessed your 10 year Cardiovascular risk using the American Heart Association / American College of Cardiology risk calculator? How else are you deciding whether or not to take aspirin or take a statin? Personally, I think the calculator grossly overestimates your risks and therefore favors statin use in most people —and practically everyone over the age of 70 regardless of other risk factors— but at least it’s a place to start your cholesterol and aspirin conversation. Did I emphasize that dietary and exercise changes are far more effective than any medication in changing your risks of dying from the most common causes of death? It’s easy to recommend some medication, it’s harder, takes longer, and is more involved, to talk to patients about changing their behavior but that’s where the real benefits are. Stop depending on your doctor to manage your illness and enlist them in your efforts to improve your wellness. Your office visits should be a review of your diet and exercise, a conversation about improving your lifestyle, serial evaluations of your efforts long before you and your doctor turn to pills.

Getting back to the question of aspirin … When I am asked about aspirin I suggest people take it religiously … one tablet of any dose once a week on Sunday.

Until next month … get well and stay well.