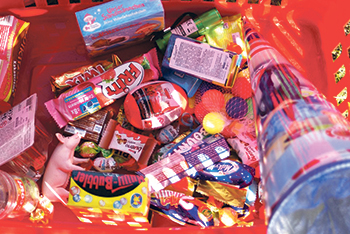 There is an additive that was recently approved by the FDA that you should know about. Its industrial name is E951. The plan is to include it in over 6,000 products. It will be consumed by millions of people daily. It will likely be added to soft drinks, chewing gum, candy, desserts, yogurt as well as pharmaceuticals, in particular, syrups and antibiotics for children.

I first became interested in this additive because it has known adverse effects on the biome and you know how seriously I have been researching the importance of the bugs in your gut. Unfortunately E951 directly kills many of the bugs in your gut and adversely affects the ratio of Bacteroides and Firmicutes. You want more Bacteroides and less Firmicutes and E951 does just the opposite and that’s not good for you and your health. This is well-documented in the scientific literature.

When this additive was approved in Europe, there were immediate reports to their version of the FDA, which included: migraines, change in vision, nausea and vomiting, trouble sleeping, change in heart rate, abdominal pain, joint pain, depression, memory loss, seizures and brain tumors. That’s right brain tumors. Adverse reactions to E951 accounted for more than 75% of that agencies complaints involving a food additive!

E951 is made up of two main ingredients combined with a methyl ester. This methyl ester breaks down to methanol in the body. Methanol is grain alcohol. That’s the stuff that makes you go blind if you drink too much of it. This methanol, in turn, is converted to formaldehyde in the body. That’s right … formaldehyde. According to the American Cancer Society various agencies including National Toxicology Project, The International Agency for Research on Cancer, The EPA and The National Cancer Institute all list formaldehyde as a known or likely carcinogen. Furthermore one of the main ingredients is well-known to be neurotoxic. So, there are plenty of reported side effects: breakdown products that are known to cause cancer, ingredients known to be neurotoxic, adverse effects on the gut biome, etc. Who needs this product in the USA? 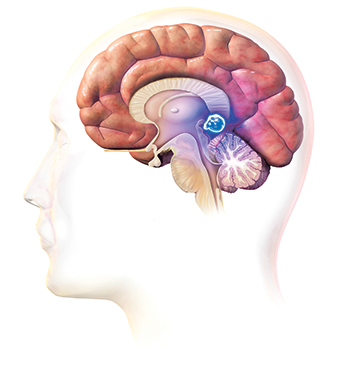 The pharmaceutical company reported 60 studies to evaluate the safety of E951. All 60 studies found no problem with the drug whatsoever. However, 93 independent studies were done and a problem was found 80% of the time. The drug company tried for years to get E951 approved. The science was so sloppy that the FDA took the rare step of asking the US attorney in Chicago to investigate the pharmaceutical company for its potentially illegal actions. The long list of very shoddy and very suspicious activity of the drug company can be found on the arizonaadvancedmedicine.com website.

Senator Edward Kennedy at the April 8, 1976 hearings before the Senate Subcommittee on Labor and Public Welfare stated: “The extensive nature of the almost unbelievable range of abuses discovered by the FDA on several major products is profoundly disturbing.”

So how does a drug whose research contained an unbelievable range of abuses get approval? Well, the FDA unanimously rejected the application for approval of E951 but when the President was elected, he appointed a new FDA commissioner who overruled the objections of his scientists. The head of the drug company went to work for the president on his transition team. How’s that for political skulduggery? Furthermore, this same commissioner went to work for the same drug company at the end of his tenure at the FDA. 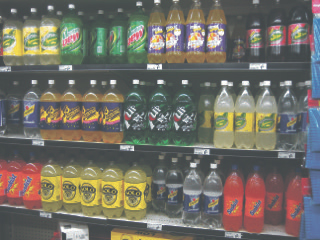 So a drug, E951, with very poor scientific background, with reported toxicity, with known carcinogens as a by product of its breakdown in the body is unleashed on an unsuspecting and trusting public and will be incorporated into thousands of products used by almost every American.

Now for the reveal … E951 was actually approved in 1981! The President was Ronald Reagan. The head of the drug company was Donald Rumsfeld and the drug company was G.D.Searle. The FDA commissioner was Arthur H. Hayes who joined Searle’s public relations agency (Burson-Marsteller) as a senior medical advisor immediately after leaving the FDA (in 1983). You know E951 by its commercial name: Aspartame or Nutrasweet. Now you know the rest of the story.

If you really check out the details of the science you will never touch diet soda or a product containing Nutrasweet / Aspartame again. It does break down to methanol which turns into formaldehyde. It does trash your microbiome. It has indeed been the most reported food additive to the FDA. Research does suggest it causes brain damage and brain tumors. AVOID IT IN ALL ITS FORMS. Soda is the low hanging fruit of improving your health. Whether it’s the truly awful high fructose corn syrup found in regular soda or Nutrasweet in diet soda … you don’t need either one. Both are clearly bad for you and have nothing nutritionally redeeming about them. Just say no to soda and diet soda.

Until next month … get well … stay well.