Here I go again, taking on another major important national healthcare guideline. … Both the United States Preventive Task Force and the American Academy of Family Practitioners recommend AGAINST using the PSA as a screening test. The American Cancer Society recommends that men only be offered PSA testing after a discussion of the risks and harms. Who is spending that much time with their doctor? 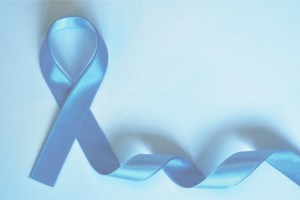 Directly from the American Society of Clinical Oncology comes the following information: “Prostate cancer is the most common cancer among men, except for skin cancer. This year, an estimated 174,650 men in the United States will be diagnosed with prostate cancer. Around 60% of cases are diagnosed in men over 65. The average age of diagnosis is 66 years. The disease rarely occurs before age 40. Most prostate cancers (90%) are found when the disease is in only the prostate and nearby organs. This is referred to as the local or regional stage.

Interestingly enough, Prostate Specific Antigen (PSA) —which means a protein that is specific to prostate tissue— was first used by the police starting in 1966 when it was identified in semen and came to be used in cases of sexual assault. Then in 1979 it was discovered that this protein could be found in low amounts in the blood stream of men. PSA was first used in diagnosing prostate cancer in 1987 and was approved by the FDA for this purpose 7 years later.

For years the PSA was done at your annual physical and if it was elevated you were sent for a biopsy to see if you have cancer. If you did test positive you are offered a choice between watching, radiation, surgery or hormonal treatment. Not everyone with an elevated PSA will have a positive biopsy. PSA levels rise as you age and bike riding, rectal probing, prostate irritation or infection can also raise the PSA. We have established a cutoff of 4.0 as the upper limit of normal but some people age normalize the number so as you get older up to 6.0 is considered normal. I have personally had patients with a PSA of 3 who had cancer (their prior PSA was less than 1 so the level of 3 was quite a jump) and patients with a level of 30 who did not have cancer. (They had a biopsy and it was just due to a very enlarged prostate.) So, your doctor CAN do a PSA test at your annual physical but some doctors, blindly following the guidelines, have abandoned this practice. Why? Because some researchers believe that the PSA does more harm than good because: 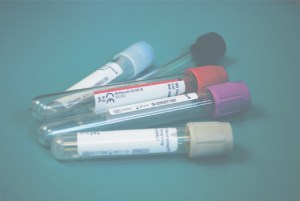 None of these are, to me, important enough to stop checking PSA. As noted above, prostate cancer is the most common serious cancer men get. … About 1 in 6 men will be diagnosed with cancer and it’s still obviously a common cause of death. ANY test that can help diagnose cancer is worth considering. Once you have the diagnosis it’s up to the individual patient as to how aggressive to be. That’s a completely different problem than diagnosing the cancer in the first place. Once you know, you are in the driver’s seat and can get all the consultations and opinions you want. But until you know, and the PSA test is the first stage of discovery, you have no idea what fate awaits your prostate and you. The blood test is cheap, reproducible and reliable and still covered by most insurances. I know I would have a hard time explaining to some widow that her husband’s prostate cancer death could have been prevented or at least delayed by a simple readily available blood test that I did not do because some guidelines said it was no longer appropriate.

There have been 2 large scale studies looking at the benefits of PSA testing. Roughly 75,000 men were tested with PSA starting in 1993 and there was no benefit in overall mortality between the group who got tested with PSA and the group that did not, although there were 22% more cancers found in the PSA testing group. 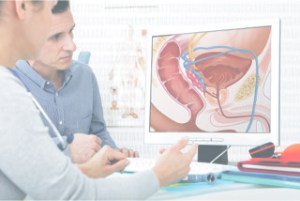 A second, larger study, was done in Europe … the European Randomized Study of Screening for Prostate Cancer began in the early 1990s. A total of 162,000 men between the ages of 55 and 69 were recruited. Quoting directly from the Harvard Medical School article: “After about nine years of observation, 214 men in the PSA screening group had died from prostate cancer, while 326 men in the comparison group had died from the disease. That means screening reduced the risk of dying from prostate cancer by 20%.”

The PSA is a screening test just like colonoscopy and mammogram and when you look at these tests from a population-based standpoint none of these tests —I repeat none of these tests— have been shown to cut down more mortality at the population level. That said, every physician I know has seen people whose lives were saved by a colonoscopy a mammogram or a PSA test. The PSA test is far cheaper than a colonoscopy or mammogram and for a disease that is going to affect one in 6 men I think that ongoing screening is appropriate and I will continue to do it. Yes, it is true that many more men will die WITH prostate cancer than FROM prostate cancer but on my watch I want to find any cancer as early as possible. The PSA is a test that does just that. I urge you to have this discussion with your own personal physician.

Until next month … Get well … Stay well.